A Moment of Silence for Youth Sports

The Pauls of the world have taken the fun out of youth sports for all of us at some point. But now, The South Carolina Youth Soccer Association has done what no Paul could ever do: mandate that September be a “silent” month for all parents.

This announcement, affecting more than 55 soccer cubs and 30,000 children, comes after several outrageous incidents, one of them being a “situation last spring where a parent of a 10 or 11-year-old child who had got fouled went onto the field and shoved a 16-year-old referee.” says Burns Davidson, the Rules and Compliance Chair of the SCYSA.

As sports fans and former youth athletes, we remember the great feeling of hearing our parents cheer us on while we ran down the field to score our first goal. Or the simple and encouraging “good hustle!,” or “nice try!” from Dad when we ran down the field and missed the net. But, as the saying goes, “one bad apple spoils the bunch”.

Believe it or not,  “Silent September” has many supporters, some of them being young children. One 10 year old girl told ABC News, “I think it’s a good idea because I don’t like when my mom screams at me from the sidelines, she distracts me, I don’t really like it.”

The SCYSA’s current code of conduct outlines simple guidelines for parents to follow.

But, because parents consistently exhibit behaviors which are “contrary to these guidelines”, we’ve arrived at “Silent September.” This means that for an entire month “all parents and visitors shall be silent during the game. No cheering, no jeering.” 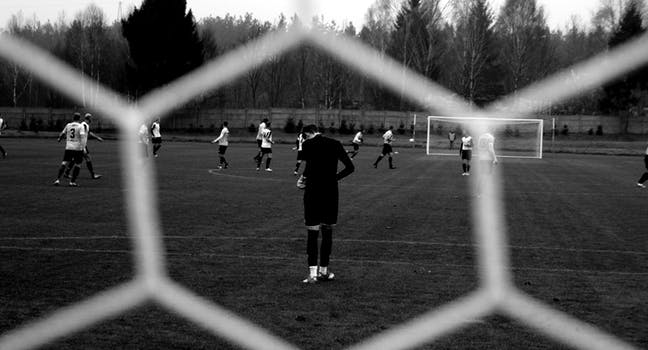 What if 5 year-old Johnny scores his first hat-trick on his Grandma’s birthday? Well, tell Grandma to sit down and be humble, because if she exhibits an ounce of emotion on the sidelines, a referee could be kicking her out of the game.

During “Silent September”, refs as young as 14 must administer an “ask, tell, and dismiss” policy. When parents or visitors make noise on the sidelines, a referee will first ask the coach to counsel the violators. If violated again, the referee will then tell the coach he must handle the distraction. Finally, if a visitor cheers for a third time, the referee will dismiss the offending spectator(s). If they do not leave, the coach will then be sent off. If there is not an appropriate substitute coach, the game will be abandoned.

Well, the ref can actually skip the “ask” and “tell” phase and dismiss anyone immediately if “the situation warrants.” Sorry grandma, but cheer too loud and you could land yourself a red card.

We at Sports Fans Coalition understand that parents can get carried away.  Our Chairman even admits to being silenced by his son’s wrestling coach when pitching a fit on the edge of the mat during regionals. “One more of those and you’re outta here,” said the ref.  Our esteemed Chairman promptly shut up.

That makes sense: parent acts like an idiot, ref gives a warning, parent either zips it or gets evicted. But a complete ban on parental cheering?!  What next, a vow of silence before two-a-days?  Imagine if this rule applied to the school orchestra?  “Hey, you in the third row, no extra clapping for the clarinetist!”

What do you think? Is “Silent September”  the right way to solve the “paul problem” in youth sports?

Do you have any ridiculous stories of overly involved parents? Share them with us!