The Oakland Athletics may have finally figured out where they want to put their new stadium, but building it is going to be no small feat. The team’s desired spot is a choice chunk of land in central Oakland, overlooking beautiful Lake Merritt and right next to Laney College. Actually getting the land will require convincing its owner — the Peralta Community College District — to sell, as well as getting the city of Oakland to help out with infrastructure upgrades. But, for the A’s, all that trouble may be very much worth it. The team is going to privately fund its new stadium, and it believes the Peralta location is its best bet to do so. 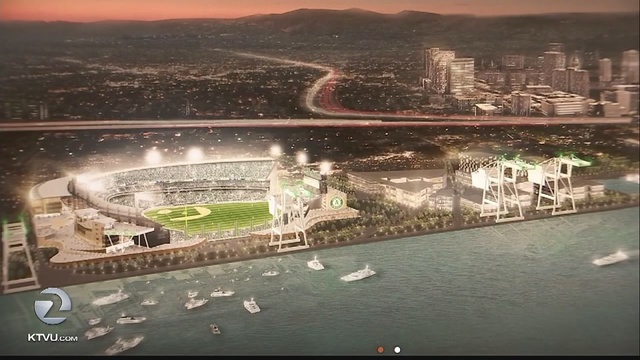 when it comes to private financing, and that’s really an important component to be successful.” The stadium’s price tag is estimated to be in the ballpark of $500 million, and while other locations were considered, the A’s determined that the Peralta location was going to be best for upping ticket sales and attracting corporate sponsors.

The Oakland A’s decision to privately fund their new home stands in pretty stark contrast to many other MLB teams. A 2012 Marquette Law study indicates that the majority of MLB stadiums were publicly funded. And some of the only stadiums that haven’t been are among the oldest and most treasured in the country — like Fenway Park and Wrigley Field.

Speaking of old, that’s at least one reason why the A’s are pushing for a new stadium project right now. The current A’s stadium, the Oakland Coliseum, is the fifth oldest stadium in operation, and it’s been having some serious problems. The stadium has dealt with plumbing issues for years, including multiple incidences of sewage flooding the clubhouse. The stadium’s location also leaves plenty to be desired — it’s pretty devoid of bars and restaurants for fans to hang out in before or after games.

Despite the A’s plan to privately fund their new stadium, it will still likely come at some cost to taxpayers. For example, new highway ramps would need to be installed to give drivers access to the location. But the A’s seem intent on making it all worth the city’s while, claiming, “Oakland residents and businesses are projected to reap approximately $3 billion in economic benefits over the first 10 years from the construction and operation of a new privately financed ballpark.” While privately financing a new stadium isn’t a completely new idea, the A’s want to do it the right way — and so far it seems like they have most of their bases covered.