The past couple weeks have been a whirlwind for Packers fan, Russell Beckman, as he's continued his suit against the Chicago Bears for the right to wear his Packer’s gear to pregame experiences on Soldier Field. We've been helping him, but we've also heard from a few other fans that this case is "frivolous" and "a waste of the court's time." To quote one fan, “Get out of the court system you jackamole. So stupid.”

We couldn’t disagree more. In our conversations with Beckman, he confesses, "It's not the most important issue today, but it raises an important point about publicly owned stadiums." SFC agrees and believes the case's far-reaching implications are substantial. This issue is as pertinent today as it was six decades ago when the issues of public and private relationships entered the courts. 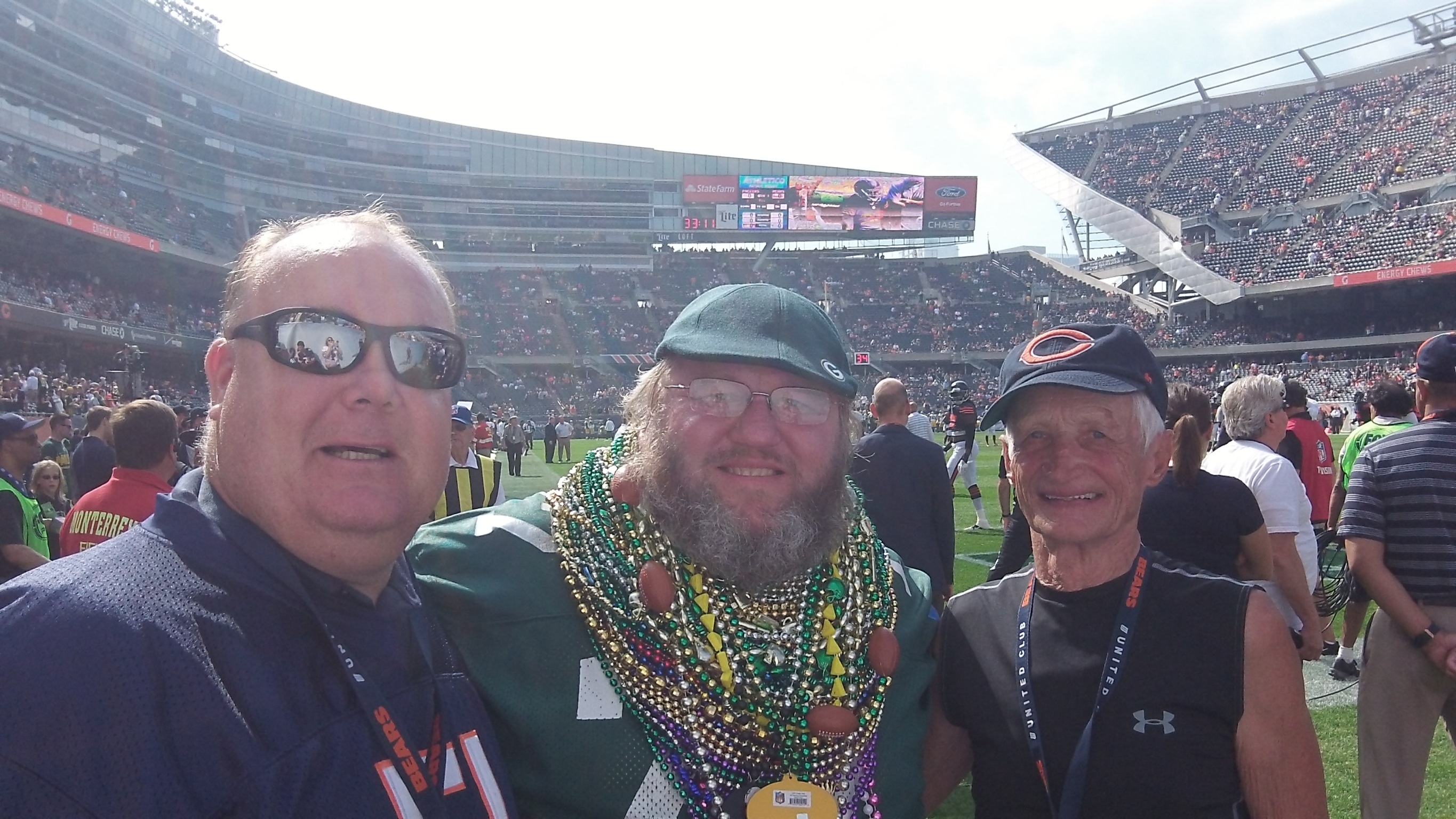 First, why does SFC care? It’s not just because a fan needs help, although that is a factor. It’s because of the potential consequences across all leagues at all levels of sports and the Coalition is dead set on protecting a fun, welcoming, safe, passionate fan experience no matter the sporting event or venue. But, more important, this is a First Amendment issue, plain and simple. Soldier Field is owned by the city of Chicago and therefore must enforce the constitutional rights guaranteed to Beckman. By allowing the Bears to hold events within the stadium and on the field, the city is a state actor. Because of this, banning him based on how he chooses to express his fandom is a clear violation of Beckman’s freedom of speech.

There is legal precedent for supporting his claim. In 1978, Melissa Ludtke sued Bowie Kuhn, then Commissioner of Baseball, the New York Yankees, and the City of New York because she was not allowed access to the Yankees’ locker room. Ludtke was a sports reporter covering the New York Yankees, and she argued discrimination under the 14th Amendment because Yankee Stadium was publicly owned. The courts ruled in her favor because of further precedent set by Burton v. Wilmington Parking Authority (1961) which, citing Cooper v. Aaron (1958), stated, “the same concept of state responsibility was interpreted as necessarily following upon ‘state participation through any arrangement, management, funds or property.’” Both of these cases revolved around the 14th Amendment and the Equal Protection Clause but the logic can be applied to the First Amendment. Recently, Beckman had a hearing where he reports the judge even admitted, "there are complex constitutional issues involved with this case that are also being dealt with on the Supreme Court level." The City of Chicago, through its ownership of a stadium, cannot directly or indirectly prevent a fan from exercising his constitutional rights.

Chicago Bears fans, we know you don’t like Beckman’s jersey or his team of choice. The Bears/Packers rivalry is one of the oldest in football. But the First Amendment isn’t designed to protect popular speech. The Supreme Court has made clear that unpopular speech deserves the most protection of all.

If Russel; can be prevented from wearing his jersey of choice on the sidelines before a game, where does it stop? Why not ban opposing team apparel in the stands? After all, the Tampa Bay Lightning did it to Blackhawks fans not too long ago. Or how about banning “Go, Pack, Go!”? How about a dress code -- and I’m talking to you, painted-face guy. There’s no end to bans or regulations a team could place just to protect the fragile self-esteem of its owner or feign fan unity for the sake of a good TV spot.

Outside of sports, this case could set precedent for protesters and activists in public venues across the nation. In today's activist culture, the ramifications of this ruling can impact everyone. Soldier Field is a public space, no different from the National Mall or a public university. Beckman v. Bears is important because it can provide necessary protections to protesters and activists needed to preserve our democracy.

Beckman had every right to wear Packers colors at the pre-game experience on Soldier Field. He's even donned the green and gold in previous years; it's only in 2016 that the Bears took away his freedom of expression. We expect this kind of pettiness out of a drunk dad at his kid’s pop-warner game; not an heiress of a professional football team. This case isn’t one, crazy fan with a grudge against his team's rival. It’s bigger than the Packers-Bears rivalry; it's about protecting the largest rivalry in history -- the people and their government.