“I’m often asked who’s the worst owner in the wide world of sports. … After today, I now have an answer: It is without question the owner of the Washington Redskins, Daniel Snyder.” -Dave Zirin

It is without question that Dan Snyder is one of the most hated men in sports; even Washington fans agree. With his lease in FedEx field expiring, he's making preparations to move out of Landover and to DC, Virginia, or elsewhere in Maryland. When that happens he's likely to put states against one another and demand hundreds of millions of dollars.

Snyder has a history of anti-fan behavior and is not deserving of any fan's tax dollars. If he receives any, he's still likely to raise prices and implement other harmful policies. It's time the fans fight back. Select your location below and tell your elected officials to take the Danifesto Pledge.

Rich, greedy owners shouldn’t be allowed to receive corporate welfare unless the public receives a good in exchange. With the recent moves of the Oakland Raiders, St. Louis Rams, and San Diego Chargers, this issue is even more prevalent for fans. These moves have been facilitated with subsidies totaling in the billions. Never, have fans received something in return. The Danifesto is about changing that. The Danifesto will protect fans from Dan Snyder. 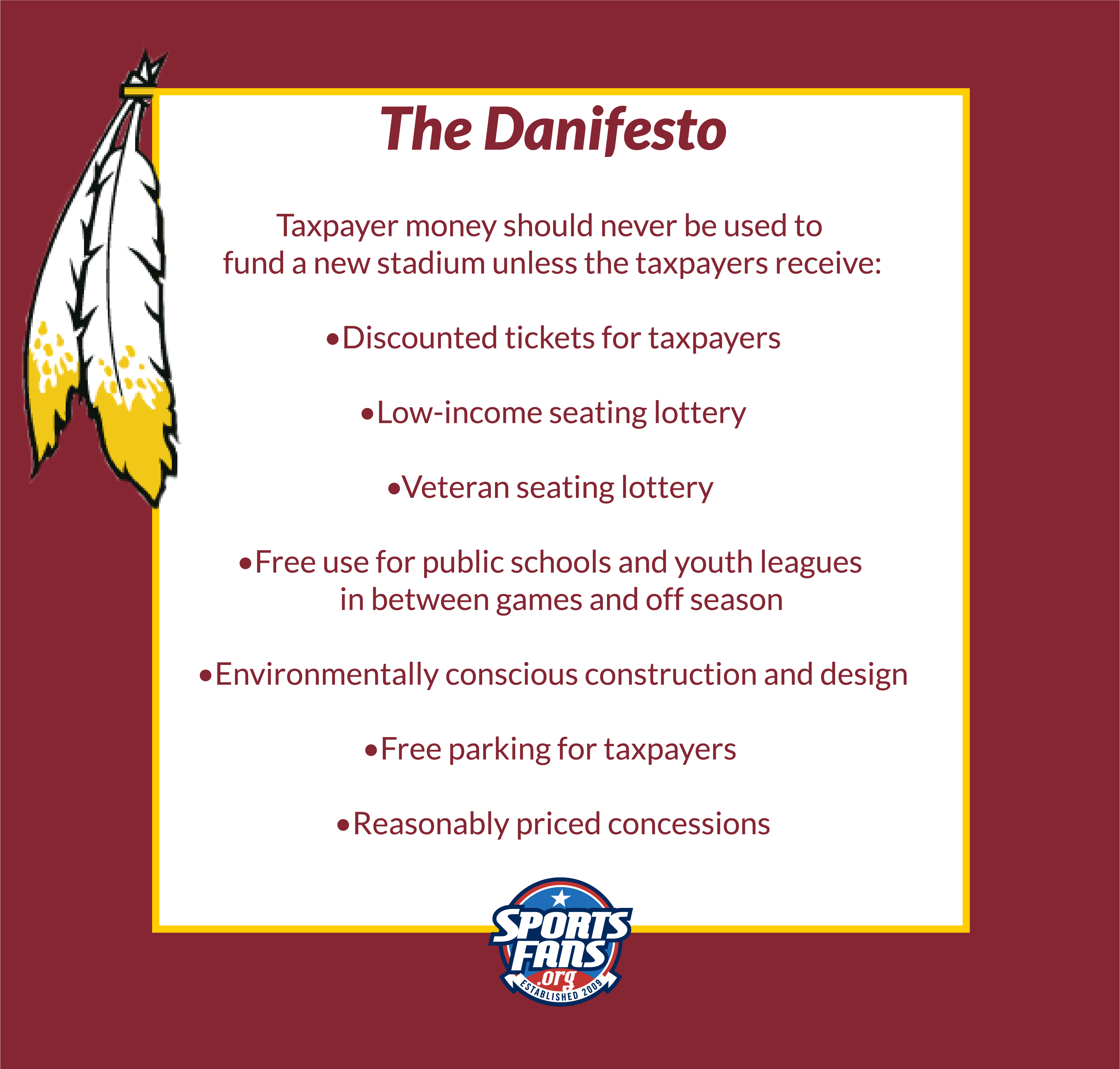