When you live on the border of Bears and Packers country, you inevitably step into one of the oldest, most storied rivalries in the NFL. For some fans, however, you're forced to choose between two teams you like. This has been the annual dilemma of Wisconsinite, Russell Beckman, his entire life. 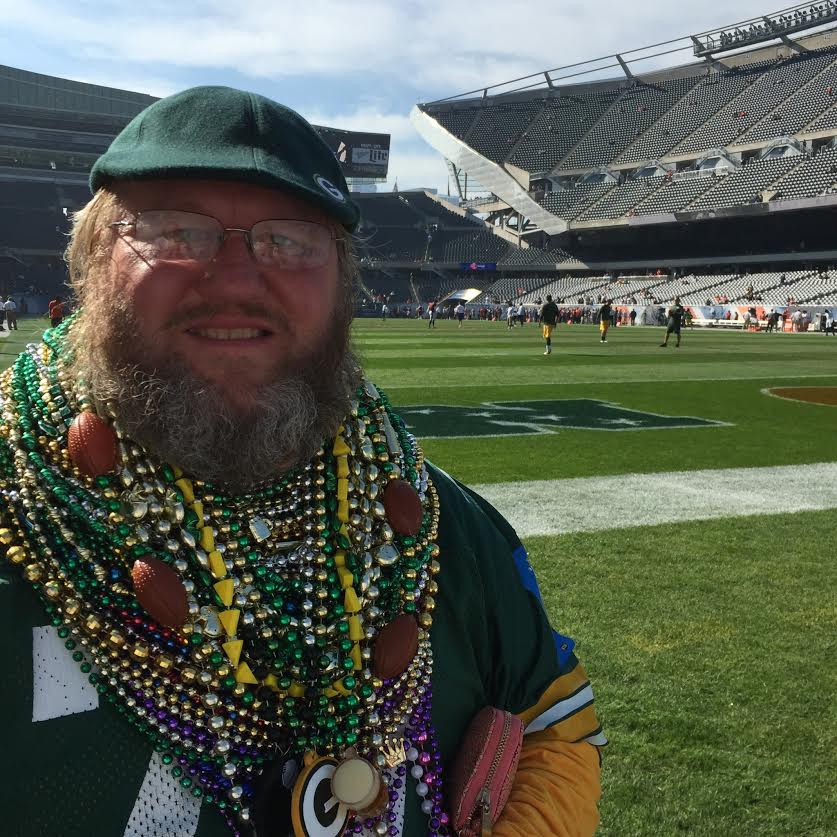 "I've been a Packers fan since I was a little kid. But, I grew up where others’ allegiances shifted, so I grew up respecting the Bears and their fans.” Now, he's become the center of a lawsuit against the Bears as he defends the First Amendment rights of fans everywhere. Beckman, a season ticket holder for the Packers and the Bears for over a decade, has enjoyed many of the perks and experiences provided by the club, like being on the field during pre-game warmups -- where his lawsuit kicks off.

He spent his rewards points in 2014 and 2015 to stand on the edge of the field proudly sporting his Packers gear. However, last season the rules changed. A couple of days before the Bears and the Packers played one another, Beckman received a message from the team, "no opposing team gear would be allowed." He called the ticket office to get permission and was denied. He then was barred from accessing the pre-game experience at Soldier Field because he was wearing Packers gear.

He's reached out to the team and the league to try and resolve this issue, but to no avail. Now, he feels the only way to accomplish what he wants -- the right to wear his team's colors -- is through a lawsuit. His suit centers around a First Amendment theory that because Soldier Field is publicly owned, the team must abide by his constitutional rights.

Beckman stated: “Due to the prohibition that forbids wearing visiting team apparel while participating in this specific experience, the Bears have, without any compelling or reasonable cause, or constitutionally mandated reason, deprived me of my ability to fully enjoy this specific on-field experience and the general experience of the Bears Packer game at Soldier Field.”

Beckman isn't seeking any restitution beyond the policy being removed and recouping his legal fees; he's doing this because he believes there are other fans out there like him who are affected. He's doing this to protect the 1st Amendment rights of fans. He's doing this because there's legal precedent to back him up. Ludtke v. Kuhn, 461 F. Supp. 86 (S.D.N.Y. 1978) established that if a stadium is publicly owned, then it has to enforce the constitutional rights -- in this case the 14th Amendment. However, it's not a Hail Mary to apply this reasoning to the 1st Amendment.

We love to see fans like Beckman standing up for what is right and fighting against unfair policies from the leagues or owners. "I know it's not the biggest thing out there, but I do think it's an important fight to have because it will provide more precedent as similar issues arise around publicly-owned stadiums," said Beckman.

We completely support, Russ! Keep up the good work; Sports Fans Coalition is here to help you.