Last week, the unthinkable happened. Months into a turf restoration project, the National Park Service announced its plan to shun sports from the green space along the National Mall between 3rd and 17th Streets Northwest. 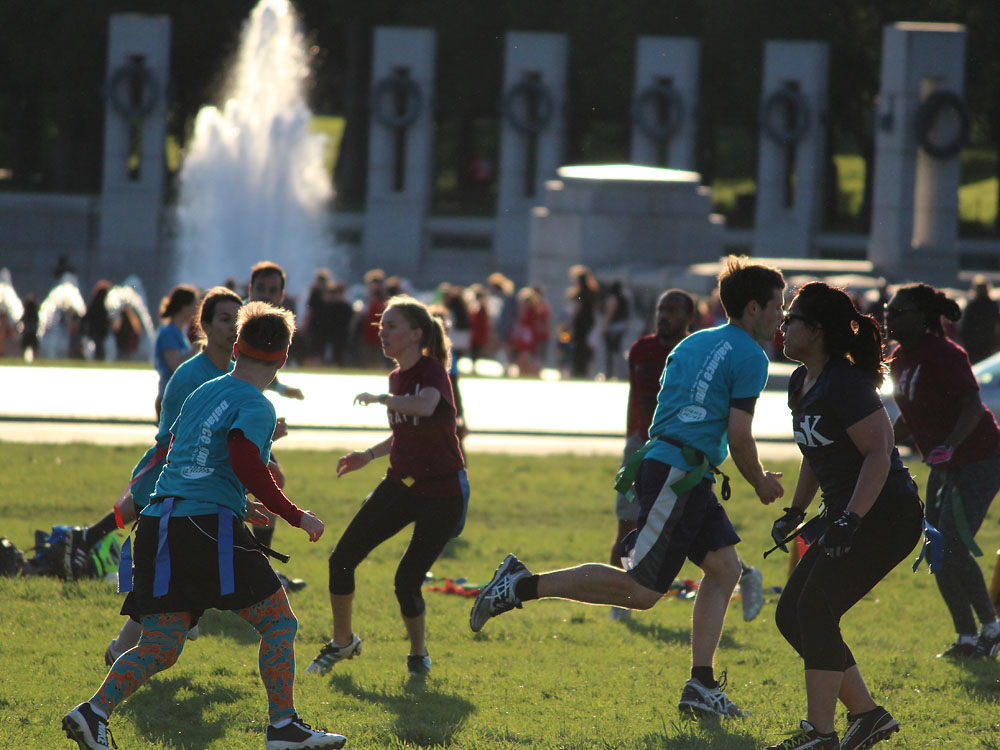 NPS is seeking to ban athletics in America’s front yard! What possible justification could they give for such an egregious proposal?

According to an NPS spokesman, protecting the grass.
Urban planner Pierre L’Enfant, when designing Washington, DC, envisioned a sprawling park “400 feet in breadth, and a mile in length, bordered by gardens, ending in a slope from the houses on each side.”

“The proposed changes from the Park Service that would ban sports on the National Mall from 3rd St to 17th impacts sports fans by undermining the purpose of the Mall and harming the overall city’s vibrant sports community," said Robert Fray of United Fray. "People who can stay active through sports help create a foundation of sports fans both on and off the field. This change would ripple not just through the city but the country.”

The National Mall is a gold standard for public space. Denying us all the opportunity to play upon its historic grounds would be a travesty. One which we cannot allow to happen. United Fray has started a petition aimed at the National Park Service to stop the ban on sports. Sign now!