Five days after winning the Stanley Cup and 44 years in the making, the Washington Capitals paraded down Constitution Ave arriving at the Mall for a celebratory rally. The Mall was filled with a sea of red jerseys and t-shirts worn by people of all ages. Of course, Sports Fans Coalition joined in the festivities.

Fans huddled together like sardines at the rally to catch any glimpse of the action. Some of whom congregated to stake out their spot before dawn or even the night before. The rest of the fans further back in the crowd had a tough time seeing or hearing the two jumbotrons that sat next to the stage. 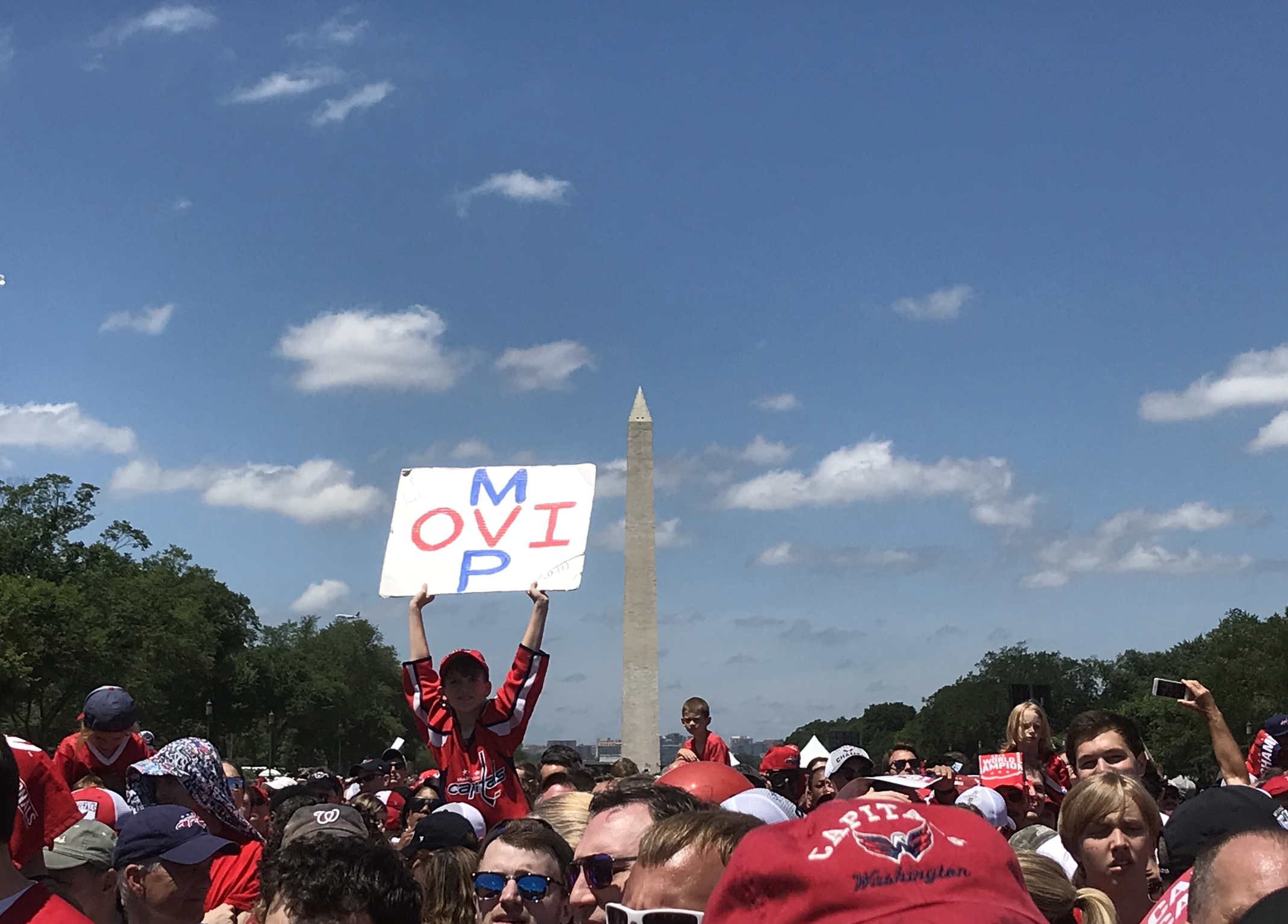 Two Pittsburgh Penguins fans stood as outskirts of the crowd when a Caps fan yelled at them, “Go home! What are you doing here?” The Penguins fan yelled back “We wanted to welcome you to the club.” “Touche,” the rambunctious crowd of Caps fans thought, anxiously waiting for the ceremony to begin.

Finally, the festivities started on the stage at about 1:30 pm, after hours of anticipation from fans. Fan favorite play-by-play announcer, Joe Beninati took the stage and announced players one-by-one. Several players addressed the crowd's roar by chugging beers; something players had frequently done since their Stanley Cup win last Thursday.

The commemorative event concluded with players and fans alike singing, “We Are The Champions” a chorus line that sports fans will never get tired of.