On May 15, Sports Fans Coalition held its first annual Spring Kickoff and honored several “Most Valuable Policymakers” for their support of fans and fans’ rights. Over 200 people showed up for beer, barbecue and some words from the honorees. It was truly a great night.

Special thanks to Enterprise Rent-A-Car and the American Television Alliance for their support of the event. 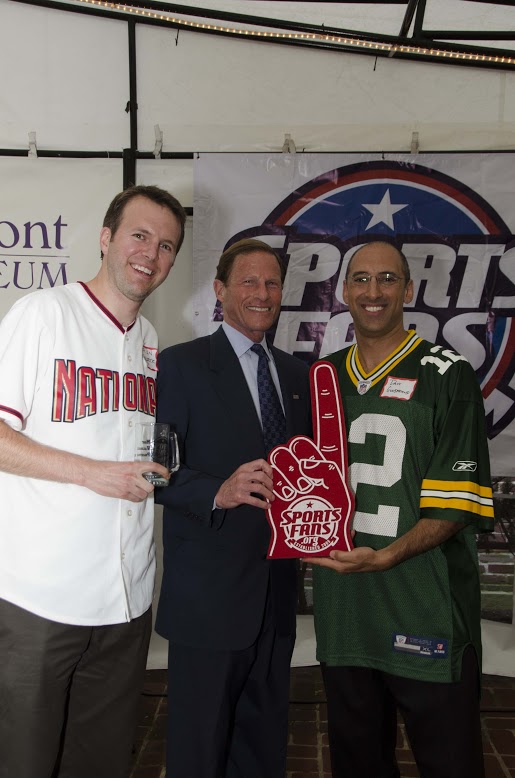 Sen. Blumenthal has a long career of fighting for consumers and has already made an impact in the fight against blackouts. In a December letter to FCC Chairman Julius Genachowski, Blumenthal urged the commission to reexamine its sports blackout rules. Blumenthal has also previously written to the NFL about the way it “arbitrarily” blacked out New York Giants fans living in Connecticut.

“Sports fans and consumers around the country are very grateful to Sen. Blumenthal for his leadership on the blackout issue,” Sports Fans Coalition Executive Director Brian Frederick said. “Sen. Blumenthal recognizes the fundamental unfairness in the way sports leagues subject their fans to blackouts.”

Sen. Blumenthal: I’m honored to accept the Most Valuable Policymaker award from the Sports Fans Coalition. Sports are a large part of our economy, generating enormous revenues from sales of tickets, merchandise, and programming licenses. For all the positive benefits that sports provide, it’s unfortunate that some fans are unable to watch their teams compete. Blackouts are unfair to fans and highly anti-consumer, whether the result of a league policy or an agreement — or lack of agreement — between networks and content owners. The Sports Fans Coalition is hitting it out of the park on behalf of fans in Connecticut and across the country, and I’m proud to work with them. 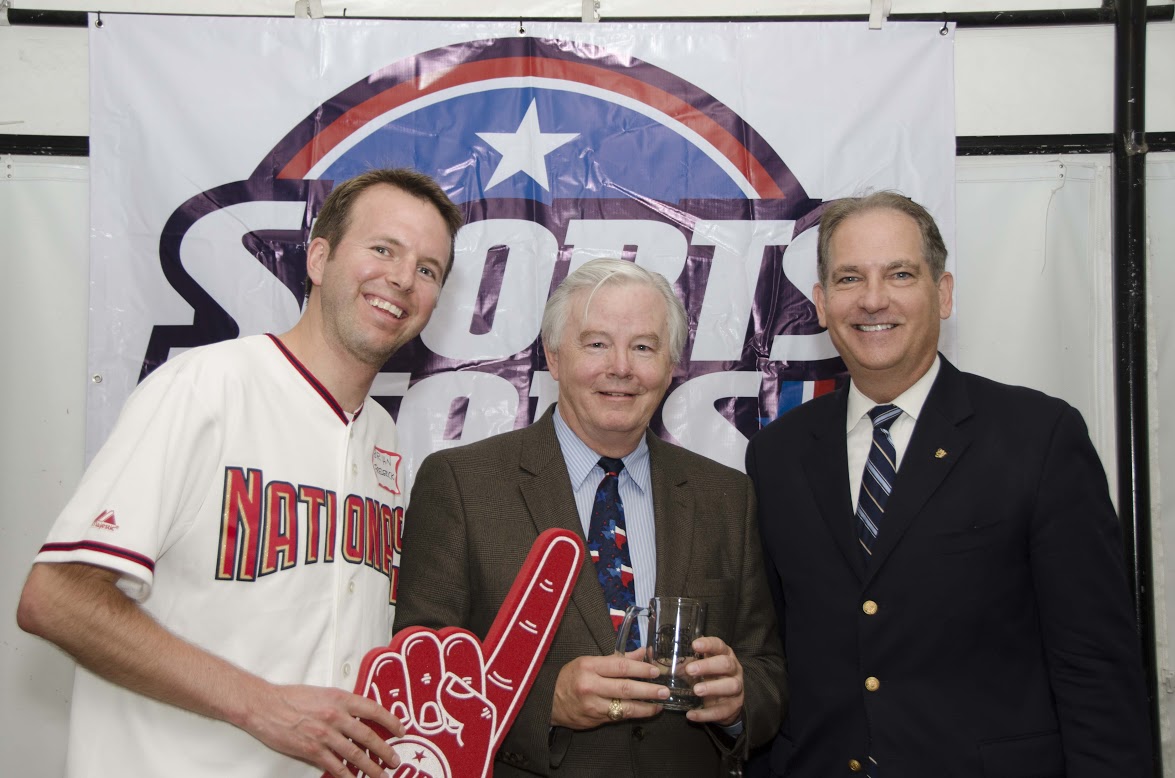 Rep. Joe Barton has led the charge against the corrupt BCS bowl system. In 2009, he called college football leaders to the Hill to explain why there is not a fair and equitable playoff in college football. He also introduced legislation prohibiting a game from being called a “national championship” unless it results from a playoff.

“College football fans around the country are grateful to Rep. Barton for leading the charge to reform college football’s problematic posteason,” Sports Fans Coalition Executive Director Brian Frederick said. “He has not been afraid to hold sports and educational leaders accountable for the system they oversee. There’s no doubt those leaders are reforming the system, in part, because of Rep. Barton’s efforts.”

Rep. Barton: I was lucky enough to be named MVP during my days playing baseball and it is nice to have those initials attached to my name again – this time for my work in Washington. Thanks in part to our efforts the BCS is on life support and it appears a ‘Plus One’ system is in the works. It isn’t a true playoff and still leaves too many decisions up to computer servers, but we are now moving in the right direction.

It is important to remember that college athletics has transformed over the past several years into a billion dollar business and its reach far exceeds the campuses where it is played. Many of these colleges are publicly funded and we need to make sure taxpayer dollars are being used properly. I am honored to be recognized as a Most Valuable Policymaker by the Sports Fans Coalition.

Rep. Cohen has been an important voice in the fight for a college football playoff. He has emphasized that a playoff will generate far more money for our schools and universities, which is critical.

“College football fans around the country are grateful to Rep. Cohen for his efforts to bring about a true postseason playoff,” Sports Fans Coalition Executive Director Brian Frederick said. “Rep. Cohen’s calls for a bona fide playoff have undoubtedly been heard by those in charge of college football.”

Rep. Cohen: It is an honor to be recognized by the Sports Fans Coalition for my work to bring a playoff system to Division I college football. College athletes and fans both deserve to know who the best team is and the only way to truly know that is by having a playoff.  I look forward to continuing my work to create a playoff in college football that creates millions of dollars in new revenue for our public universities and creates a true national championship. 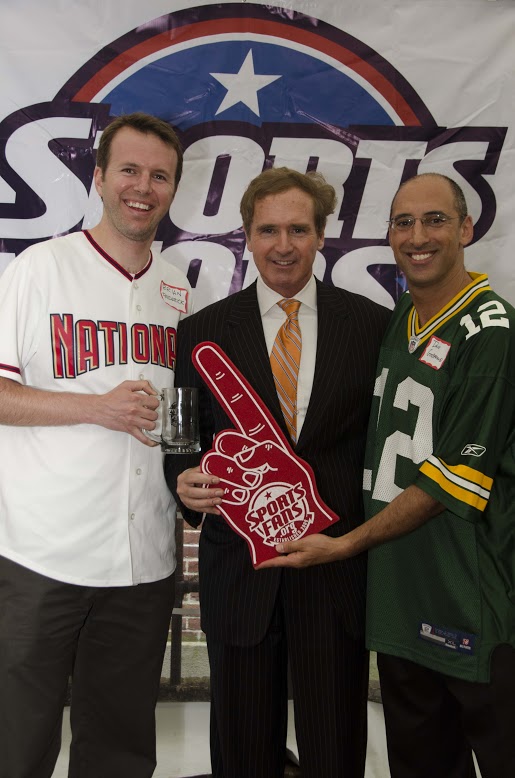 “Buffalo Bills fans and fans around the country have an enormous ally in Rep. Brian Higgins,” Sports Fans Coalition Executive Director Brian Frederick said. “Bills fans are among the most passionate in the league, but continue to be subjected to unfair and counterproductive blackouts. Higgins hasn’t been afraid to stand up to the NFL on this issue.”

Rep. Higgins: The critical role sports fans play in helping drive Western New York’s regional economy is often overlooked. Their voices should be heard and their interests, and that of the greater community, protected. I am proud to represent some of the most passionate and loyal sports enthusiasts in the nation.  It’s great to work with the Sports Fans Coalition to fight for the fans. 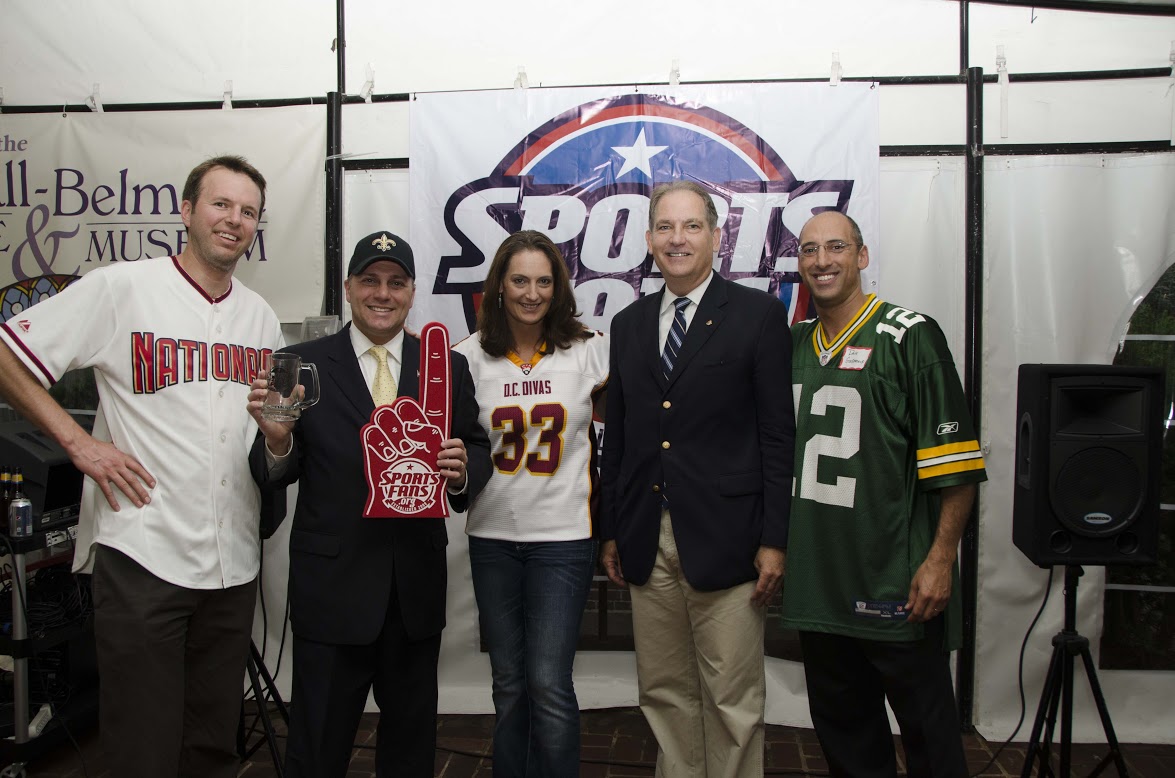 In December, Rep. Scalise introduced the Next Generation Television Marketplace Act, which would deregulate much of the media market, including special interest provisions enacted at the behest of sports leagues and their television distributors.

“Simply watching a game on television can be needlessly frustrating for sports fans because of blackouts and disputes between media companies,” Sports Fans Coalition Executive Director Brian Frederick said. “Rep. Scalise is standing up for fans and consumers and saying enough is enough. His legislation is important and long overdue.”

Rep. Scalise: I’m proud to be recognized by the Sports Fans Coalition for my legislation, the Next Generation TV Marketplace Act, which cuts government red tape so sports fans and other consumers can enjoy their games and their favorite TV shows without government interference. I will continue advocating for free market policies that benefit sports fans and consumers throughout Louisiana and the nation.

In January, when the Federal Communications Commission announced its intentions to open up a proceeding on its sports blackout rule, Commissioner McDowell issued a public statement supporting the review and acknowledging how times have changed since the blackout rule was adopted.

Cmr. McDowell: Taking a fresh look at this 36-year-old rule could be constructive as we look for rules to streamline and modernize.  Over almost four decades, the economics and structure of both the sports and communications industries have experienced dramatic evolutions.  We now live in a world with not only local broadcast stations, but also cable, satellite, the Internet and wireless, and where television and merchandizing revenues exceed ticket sales.  It is appropriate for us to re-examine the rule in light of marketplace changes.