Earlier this week, House Republicans introduced HR 1, the Tax Cuts and Jobs Act. They hope these tax cuts will stimulate the economy. Within in the bill is a provision, Section 3604, that effectively eliminates the federal tax subsidy for sports stadiums. When we received the news, we were happy to see lawmakers addressing this wasteful practice. The section is based on a standalone bill we've been advocating for called the "No Tax Subsidies for Stadiums Act." This bill has bipartisan support from several Democrats and Republicans.

However, despite the stadium subsidy provision, there are still concerns Sports Fans Coalition has with the broader tax bill. The following statement can be attributed to David Goodfriend, Chairman. 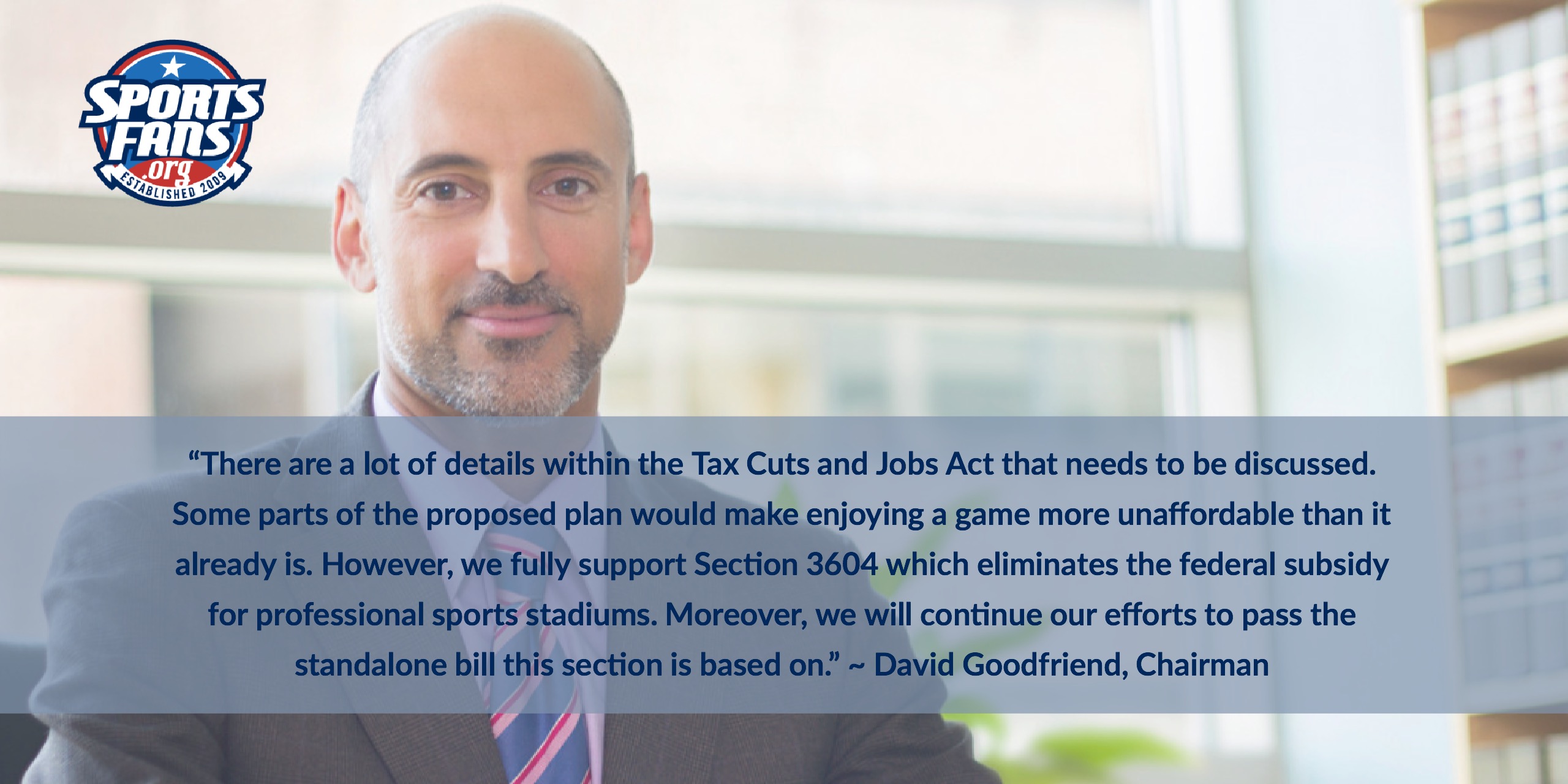