Dan Snyder and the Redskins have expressed interest in moving out of FedEx Field in 2027. While construction might be far in the future, negotiations are beginning and sports fans need to weigh in now.

Snyder has been keeping his options open, but Virginia Governor Terry McAuliffe has been lobbying hard for the ‘Skins to move south. A move to Virginia could have adverse consequences for Redskins fans and VA residents alike. Terry McAuliffe’s term as governor ends in 2018, and it is likely he will attempt to spearhead a new deal before he leaves office in an effort to make his legacy. 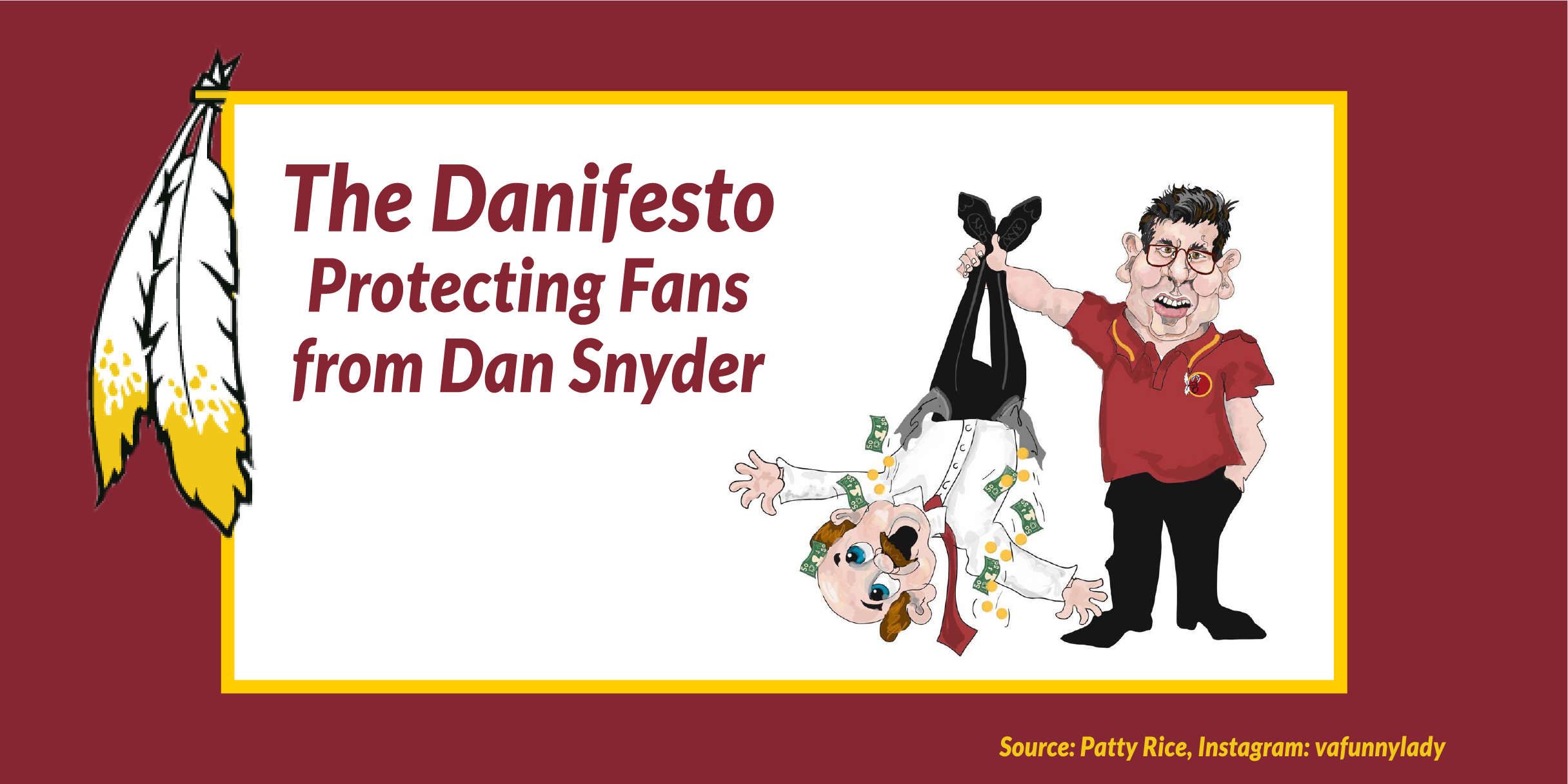 A move to Ashburn could be beneficial in several ways. Arguably, the Redskins serve Virginia, along with D.C. and the Maryland suburbs, and the trek up to Landover, MD is not an easy or enjoyable one for most Virginia-based fans. The projected stadium site is near Dulles Airport, closer to the training facility, and right off the Metro’s future Silver line, therefore more accessible to a larger number of Virginia and D.C. Redskins fans. (Redskins fans in Maryland’s P.G. and Montgomery counties rightfully could feel betrayed by the team moving to another state). However, Dan Snyder has proven time and time again that we need to keep a close eye on just about everything he does. This deal has real potential. As the Washington Post wrote last year:

“McAuliffe has long considered Loudoun County his best locale to lure to the commonwealth the Redskins — which hired an architect and released stadium designs earlier this year. With 15 months remaining in office, the governor repeatedly said at the start of the season that he is in ‘serious negotiations’ with the team’s ownership about moving.”

For Redskins fans and Virginia residents, whatever deal McAuliffe -- or a future governor -- and owner Dan Snyder strike must be in the fans’ best interest. SFC has every reason to doubt Snyder will care about the fans. Additionally, we question McAuliffe's objectivity. After all, Snyder is a long-time contributor. That’s where we come in.

Most people agree that taxpayer dollars shouldn’t be used to fund sports stadiums. However, we believe stadiums can provide great value to fans. That’s why we have a few conditions if one cent of taxes funds a billionaire's vanity project:

Do you agree with us? Select your state and sign our petition to make sure your leaders know how you feel!

Do you have any other stipulations if taxpayer dollars are used to build a new stadium in VA? Comment below to let us know what else you think Dan Snyder should give back to fans in exchange for our taxpayer dollars.