Affordable Concessions Come at a Cost

Just as football season was about to kick off, and we were getting ready to praise Falcons owner Arthur Blank for granting fans reasonably priced concessions, he fumbles. 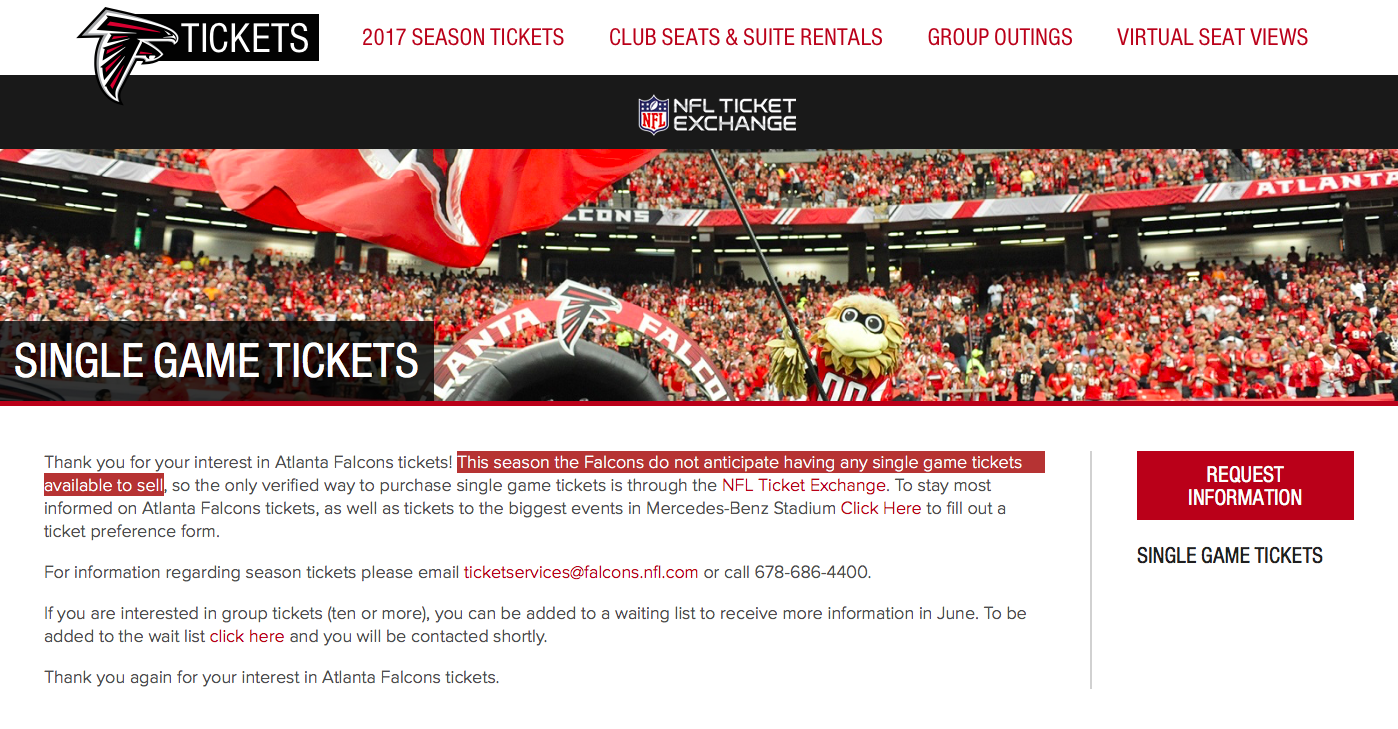 The Falcons are no longer offering single game tickets?! What, are you kidding?! This is more embarrassing than the second half of the Super Bowl in 2016! Single tickets, although on the lower end of the league, are already expensive enough at $79 a piece. Now, Blank is cutting off the fans who have been saving the entire offseason and want to enjoy just one afternoon of football. This policy relegates them to couches and bar stools. Prices for PSLs range from $500 - $45,000 a license -- that doesn’t even count the cost of the actual seat! Again, I ask, are you kidding me?!

To build this new Falcons stadium in the first place, Blank negotiated $200M in taxes from Atlanta. This is just another example of a team owner, who, after receiving fans’ taxes, now turns around and screws them over. Shortly after, he announced his new concession prices and we were ecstatic! Now, we see this and we don't believe our eyes...

Arthur Blank, we wanted to commend you for doing the right thing but now we have to question your loyalty to the fans, the fans who carried you to the Super Bowl.